Home Politics Ahead of High-Stakes Battle, These 4 Pictures Set The Tone for UP...
Politics

Ahead of High-Stakes Battle, These 4 Pictures Set The Tone for UP Elections 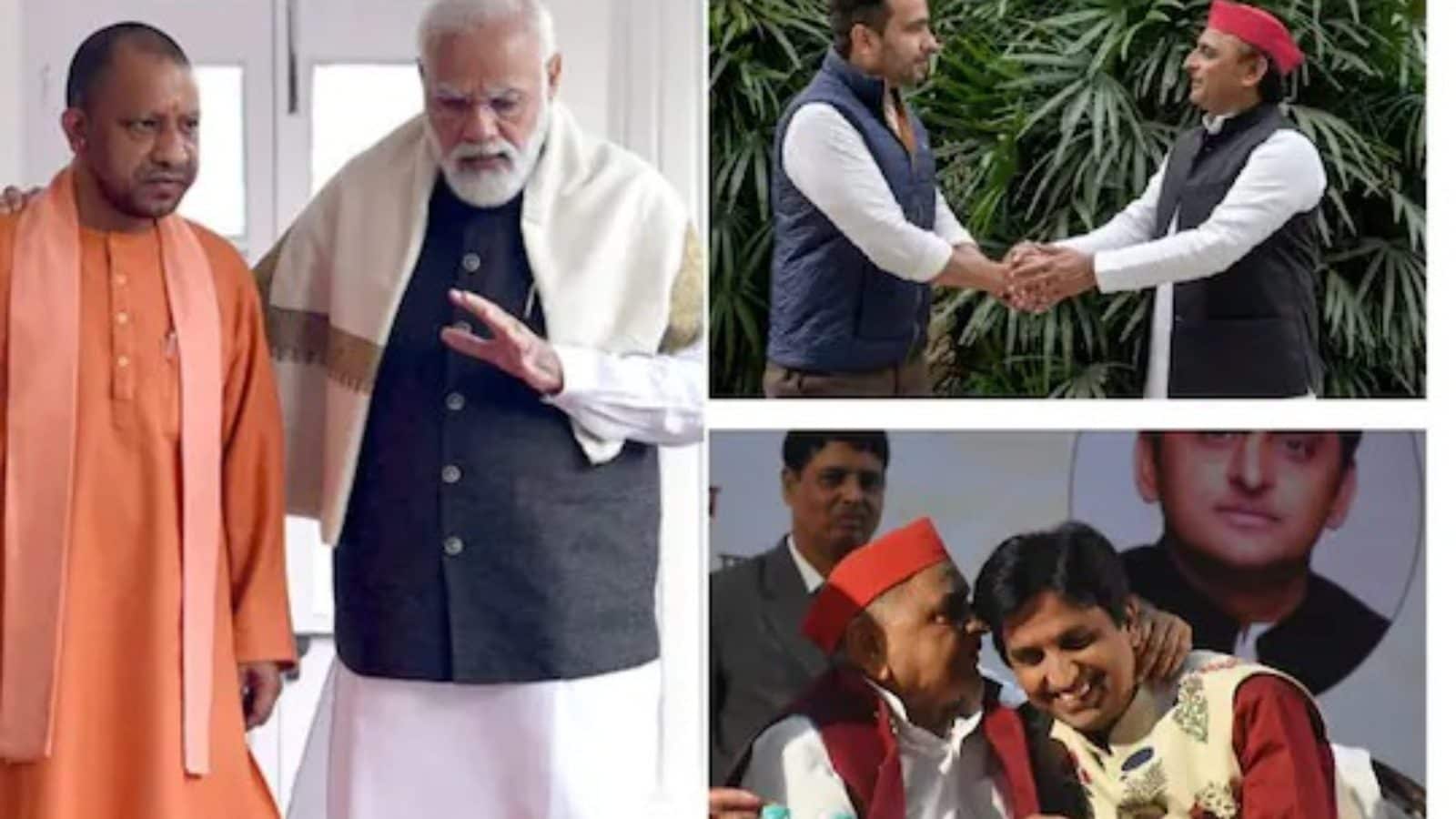 With just over a couple of months to go for the Uttar Pradesh Assembly Election 2022, the political temperatures in the state are soaring. Political Parties are busy, finalising their strategies and alliances as they reach out to the voters and try to get big names in their camps.

From UP Chief Minister Yogi Adityanath to Samajwadi party president Akhilesh Yadav and Bahujan Samaj Party chief Mayawati, everyone is getting their game ready for the battle of UP in 2022. But amid all the turmoil, some pictures have become the centre of political activities in Uttar Pradesh. Analysts and observers are interpreting these pictures in their own way and look at them as the base of future politics in UP.

Bhartiya Janta Party (BJP) is not looking UP as just a state election but as a semi-final for the 2024 Lok Sabha election. If the BJP manages to register a comprehensive victory in the UP elections, the results will not only validate CM Yogi Adityanath’s leadership but also ease the way to the 2024 general election. Pictures of PM Narendra Modi and CM Yogi’s discussion have set the tone for the election. The photos featured PM Modi and Yogi Adityanath; the former had his hand on the latter’s shoulder.

Many believe the pictures were posted from both leaders’ Twitter handles to clear any doubt about the face of the BJP in the election.

Samajwadi Party’s alliance with Jayant Chaudhary’s Rashtriya Lok Dal for the 2022 assembly election was a foregone conclusion. The two parties fought the 2019 general elections together and announced that will be taking on BJP together in the assembly elections as well. But in the backdrop of recent development, rumours of the alliance being in turmoil were also gaining traction. Jayant’s pictures with Priyanka Gandhi at the Lucknow Airport and speculation of him switching over to BJP after the withdrawal of farm laws were seen as a threat to the SP’s alliance. However, Jayant and Akhilesh’s pictures after the meeting on Tuesday cleared all the doubts.

The Samajwadi clan got together for the launch of SP’s principal general secretary and Rajya Sabha MP Prof. Ramgopal Yadav’s book Rajneeti Ke US Paar on Tuesday. But amid the usual dignitaries on the dais, the presence of poet and former Aam Aadmi Party member Kumar Vishwas led to new speculations. Vishwas, who sat next to Mulayam Singh Yadav on stage, was reportedly invited to join the Samajwadi Party in the presence of Akhilesh.

Banerjee has already made her intention clear about fighting the UP election after former UP Congress Vice President Lalitesh Pati Tripathi joined TMC. While the latest entrants may not have a presence in UP, but can surely be used for campaigning.